You would like to be informed about Gerhard Richter's new arrivals in advance? Register now for free! 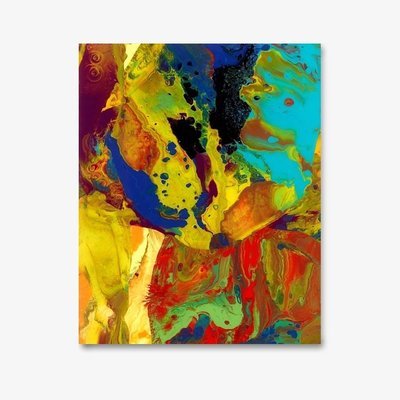 Gerhard Richter artworks and editions for sale
Table of contents 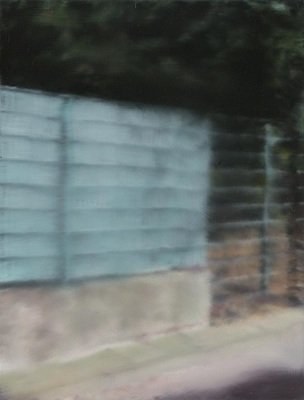 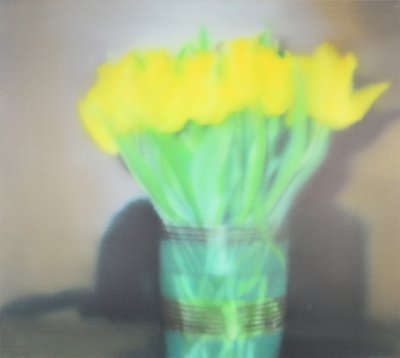 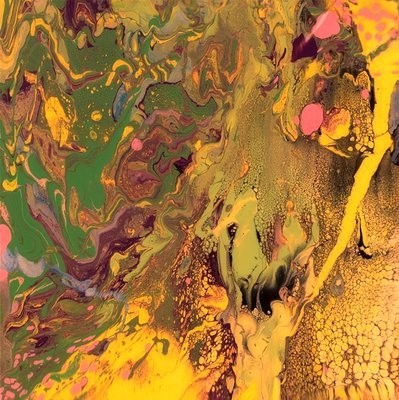 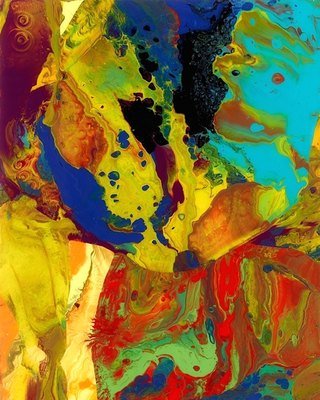 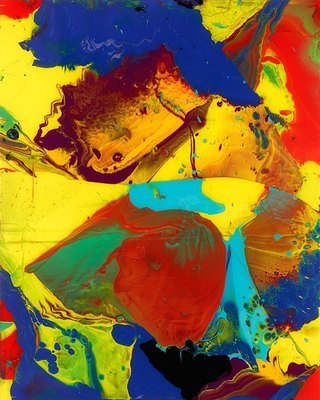 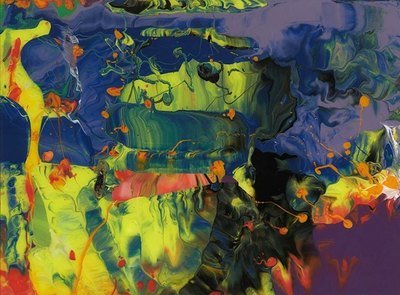 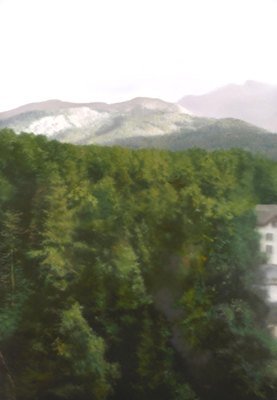 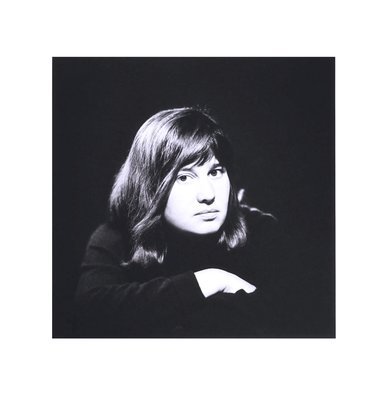 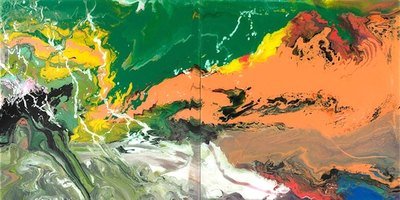 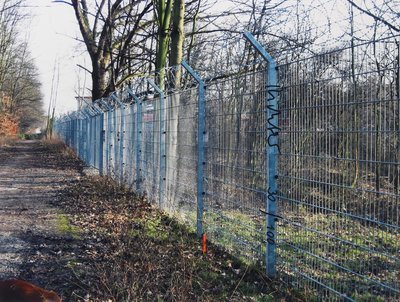 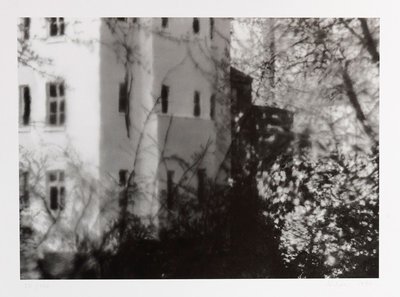 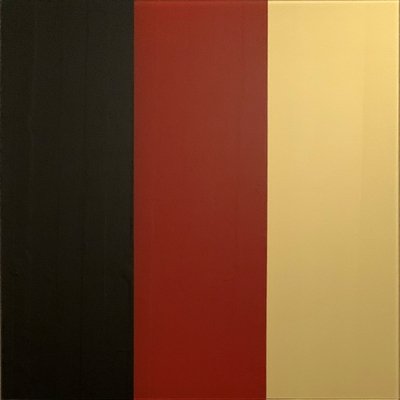 In addition to two signed and numbered photography editions by Gerhard Richter, we can currently offer you a further exclusive selection of facsimile editions and prints for sale. These were made in cooperation with HENI Productions since 2014. The aim of the cooperation between Gerhard Richter and HENI Productions was to produce high-quality facsimiles of Gerhard Richter’s work. These works are generally not signed by hand and represent an independent part of Richter's work. They are listed on the Gerhard Richter website as prints and were created under the artist’s direction and with his permission. These limited and numbered editions each have a run of 500 copies and are labelled on the reverse with the details of the work, the copy number and the publisher’s stamp.

Gerhard Richter has been using photographic models for his artworks and editions since the 1960s. Richter lent these photorealistic works their characteristic blur by stroking across still wet canvas with a dry brush. In that way, the artist not only questions the truth of his own pictures, but also sharpens the viewer's gaze.

His abstract artworks and editions make up another major part of Richter’s oeuvre. The painter deals with the materiality and intrinsic effect of colour as well as the inclusion of chance during the artistic creation process.

We can currently offer you the aforementioned selection of originals and editions for sale. Should you be interested in further work by Gerhard Richter, please do not hesitate to write us. We will gladly research about further work by the German painter.

You are in possession of Gerhard Richter original artworks and are thinking of reselling them? We offer collectors, dealers and galleries the opportunity to sell works via our online gallery. We are interested in handsigned and numbered Gerhard Richter editions, original prints or unique works in good condition with proof of origin or existing proofs of purchase. Please contact us, we will be happy to help you with a possible Gerhard Richter sale.

We are currently searching for the following artworks by Gerhard Richter on behalf of our clients (03.02.2020):

If you own these works and are thinking about selling them, please contact us.

Gerhard Richter was born in Dresden on 9 February 1932 as the child of Horst and Hildegard Richter. From an early age he was interested in art and began to paint and draw regularly. While attending the commercial school in Zittau in the late 1940s, he took a painting class at the evening school. When he graduated from secondary school, young Richter finally left Waltersdorf to take up an apprenticeship in a painting company in Zittau that made political banners for the GDR regime. However, after Richter refused to paint the staircase of a theatre, he was dismissed.

Richter's Dresden period at the Academy of Fine Arts in Dresden

In 1950 Gerhard Richter applied for the first time to the Hochschule für Bildende Künste in Dresden. However, after being rejected, he followed the advice of the examiners and then took a job as a painter at the state-owned company Dewag (Deutsche Werbe- und Anzeigengesellschaft) in order to increase his chances of being admitted to the academy. He applied again and was allowed to begin his studies in painting in Dresden in 1951. "It was a very old-fashioned, academic school where you learned to draw from plaster casts and nude models", the painter recalls. As a pupil of Karl von Appen and Heinz Lohmar, Richter studied in Dresden until 1955. His diploma thesis was a mural entitled 'Lebensfreude' (Joy of Life), which he created for the German Hygiene Museum.

In the years that followed, Richter worked at the academy as a master student and, in addition to state commissions from the GDR, also produced other commissions for murals.

Escape from the GDR & New Beginning in Düsseldorf

While Richter's life and studies were significantly shaped and influenced by the German SED state, he searched for an artistic position within the socialist art doctrine that was acceptable to him. A trip to West Germany in 1959 is said to have been particularly formative for the artist. Here he visited the documenta II in Kassel and was impressed by the works of international contemporary artists.

After long deliberations, the young Richter decided to commit 'Republikflucht'. On 30 March 1961, shortly before the Wall was built, he and his wife Marianne (known as Ema) were able to flee to West Germany. Only a few pictures from Richter's time in Dresden have survived. Either he destroyed many of his works himself before his departure, or he left them behind.

After fleeing, Gerhard Richter and his wife settled in Düsseldorf. From 1961 the painter continued his studies at the Düsseldorf Art Academy, which was to be an important phase of artistic experimentation for him. As a student of Ferdinand Macketanz and Karl Otto Götz, he met Sigmar Polke, Blinky Palermo and Konrad Fischer, with whom he held several exhibitions. Among them was the group exhibition of 1963 entitled ,,Leben mit Pop - Eine Demonstration für den Kapitalistischen Realismus" (Life with Pop - A Demonstration for Capitalist Realism), which took place in an empty shop in the old town of Düsseldorf.

In the 1960s, Gerhard Richter increasingly explored photography and painting and their relationship to each other. It is current events, popular culture, as well as the media and consumer society, which are of primary interest to the artist. He also began to experiment with blurring techniques. Among the works he produced were ,,Tisch" (CR: 1), ,,Faltbarer Trockner" (CR: 4), and ,,Party" (CR: 2-1).

After Richter finished his studies at the Düsseldorf Art Academy, he worked as an art teacher for some time. In the 1960s, however, the painter was able to establish himself increasingly in the art world as a painter. In September 1964, Richter's first solo exhibition took place under the gallery owner Alfred Schmela in Düsseldorf. The first renowned collectors recognised the newcomer's talent and acquired early works.

The year 1966 is considered a key year in Richter's career. After successful national and international exhibitions, Richter produced what is probably his best-known painting, 'Ema (Nude on a Staircase)' (CR: 134).

Also geometric abstraction now found its way into Richter's work as a radical cut and surprising element. In his "colour panels", which Richter still assigned to Pop Art and continued into the 1970s, the painter dealt with colours and their tonal gradations. In his city and mountain pictures of the late 1960s, the painter devoted himself to the landscape subject for the first time.

While Gerhard Richter was finally able to establish himself successfully as an artist in the 1960s, the following decade began with a series of 'grey pictures' in which he critically questioned the limits of painterly representation. In addition, he produced further abstract works that make up a large part of his oeuvre. In addition to the 'colour panels', he painted brown or red and yellow. In addition, the artist created one of the most important work cycles of his time with his '48 Portraits', which he realised for the 1972 Venice Biennale. This shows how Gerhard Richter constantly questions painting as a medium and tries to expose his figurative painting.

In 1976, the painter reached an 'artistic dead end', which was mainly due to the tragic death of his artist friend Blinky Palermo. It was probably his turn to the new medium of sculpture that broke him out of this stagnation.

At the end of the 1970s, Richter accepted a guest professorship at the Nova Scotia College of Art and Design in Halifax (Canada) during the summer semester, thus following in the footsteps of Benjamin Buchloh and Kasper König. During this time, he photographed a lot and was mainly concerned with visual phenomena. In 1979 he separated from his wife Ema.

The exhibition 'A New Spirit in Painting', which took place at the Royal Academy in London, was only one of many successful projects with which Richter began the new decade.

In 1982 Richter married the sculptress Isa Genzken, whom he had met a few years earlier as a student in Düsseldorf. Only one year later he moved to Cologne. At the same time as his abstract works, in the early 1980s he began depicting photorealistic candles and skulls, which today are among the painter's most popular motifs. Landscape is also a recurring subject in Richter's photographic paintings of the 1980s, as his 'iceberg pictures' (CR: 496/1-2) can attest.

Without question, Richter's 15-part cycle of pictures of the RAF members entitled '18. Oktober 1977' (CR: 667-674) can be counted as the most important work of the 1980s. In the past as well as today, this was one of his most controversial works, which also brought the artist great international attention.

While Gerhard Richter secured a firm place for himself on the international art scene, his recognition continued to grow steadily in the 1990s. Thus, comprehensive retrospectives were dedicated to him in Paris, Bonn, Madrid and Stockholm.

In 1993 he painted his famous oil painting 'Betty' (CR: 663-5), based on a snapshot of the back view of his daughter. In addition to his photorealistic paintings, however, he continued to produce a large number of abstract works. As his red-blue-yellow works (CR: 327-339) already suggested, the painter worked towards a combination of vertical and horizontal stripes, or grids, which overlap in the picture as several layers.

There were also upheavals in his private life. After Richter stopped teaching at the Düsseldorf Art Academy, he divorced his second wife Isa Genzken. In 1995 he married the artist Sabine Moritz, with whom he had three children. In 1996 he moved into his studio on the outskirts of Cologne, where he still works today.

Increasingly, the overpainted photographs are also attracting more attention in Richter's oeuvre. The series of works 'Sils-Maria' or 'Firenze' allow the artist to renegotiate the pictorial language of abstraction with that of photography and figuration in a characteristic way.

After the turn of the millennium, it is above all themes such as transparency, reflection and opacity that the Dresden-born artist explores in the form of sculptural glass works such as the '7 stehende Scheiben' (CR: 879-1).

Richter's position as a painter in the international art world was confirmed by the comprehensive retrospective 'Forty Years of Painting', curated by Robert Storr and held at the MoMA in New York in 2002.

Another major project was the design of the Cologne Cathedral window in 2006. This stained-glass window consists of around 11000 squares of mouth-blown genuine antique glass in 72 different colours. The model and motif for this were his colour panels of the 1960s and 1970s.

The painter continues to deal with the materiality of colour and the exploration of abstraction. In his series of paintings 'Sindbad' (CR: 905), 'Aladin' (CR: 913, 915), or 'Abdallah' (CR: 917), he tries to fix the fleeting visual impression.

His most recent works include his so-called 'strip' images, which he produced as digital prints in 2011. These works consist of thousands of thin, colourful longitudinal stripes that stretch across monumental image carriers of varying thickness. It is interesting that Richter refers to these works as paintings, although they are computer-generated. Nevertheless, for the painter, these works convey an idea of what paintings can be in a digital age.

At the age of 88, the artist announced his retirement from painting in September 2020, explaining to the Deutsche Presse-Agentur, (DPA) 'At some point there is just an end'. Even if no more large-format painterly works are likely to follow, which represent an enormous physical feat, the artist will probably continue to draw small-format abstract pencil works that take up the formal repertoire of his paintings. These drawings will not be integrated into the existing Catalogue Raisonné, but will be included in a separate catalogue intended for this purpose.

His last large works are the three monumental church windows for the abbey of St. Mauritius in Tholey, which are listed in the Catalogue Raisonné under number 957.