You would like to be informed about Daniel Richter's new arrivals in advance? Register now for free! 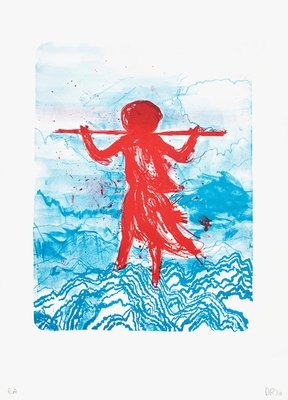 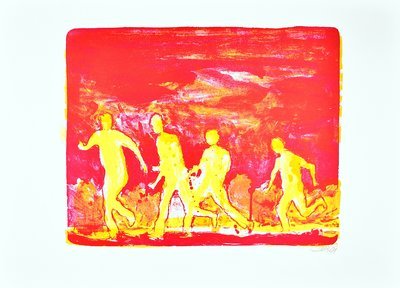 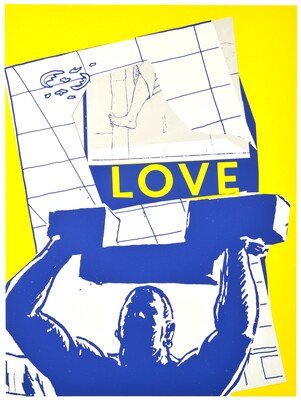 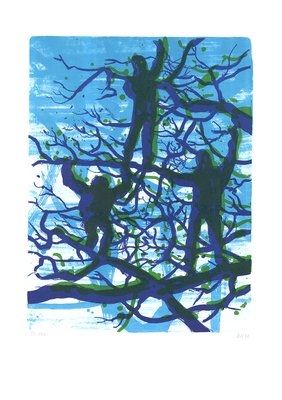 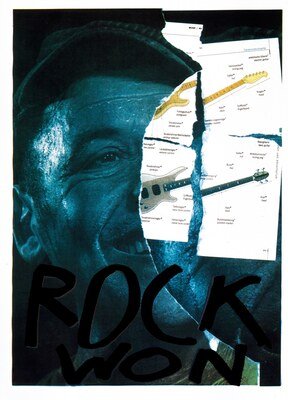 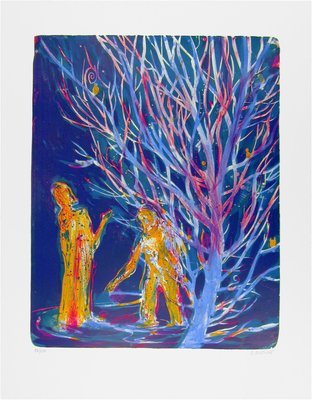 Daniel Richter is a contemporary German artist. Since the 1990s his artworks have been shown in exhibitions. Richter’s artworks and editions developed from an abstract style to a more figurative way of painting. This development can be seen in relation to his contact to the artists of Junge Wilde, like Albert Oehlen and Werner Büttner.

Crucial for Daniel Richter’s artworks are the expressive character and the intense, often gloomy depiction of groups of abstract figures. In his paintings, Daniel Richter focuses on the thoughts that evolve and manifest in the course of painting. Techniques are of less interest, as the main focus is on the message that is conveyed. For many years Daniel Richter used his paintings to send political messages. His background in the left-wing autonomous scene has influenced his paintings often showing protests, demonstrations and refugee scenarios. His most recent works seem to turn away from these straight forward messages. Whether it is a shift in interest, or an innovative way to make his point remains to be seen.

Daniel Richter’s artworks and editions are especially famous in Germany and the US, where he had several large exhibitions.

You want to buy artworks and editions of Daniel Richter, but you have further questions? We collected detailed information for this purpose.