You would like to be informed about Jonathan Meese's new arrivals in advance? Register now for free! 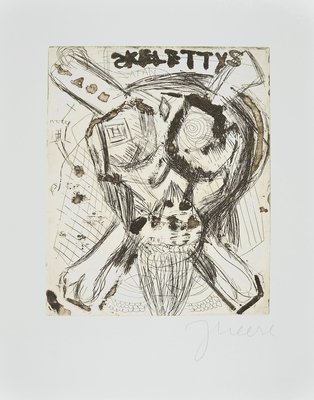 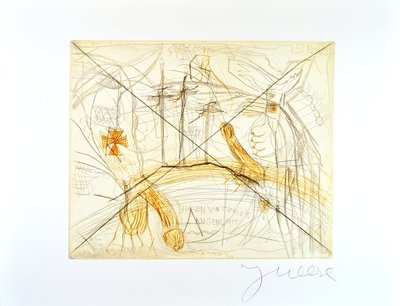 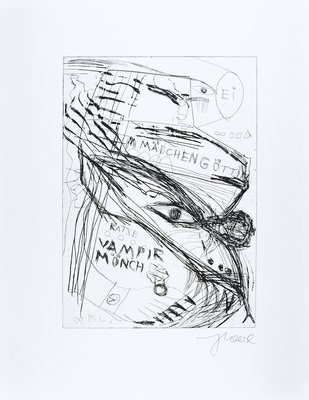 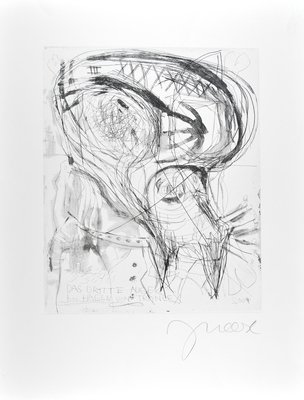 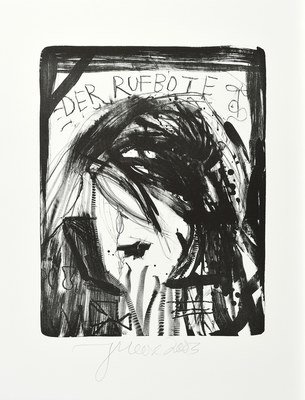 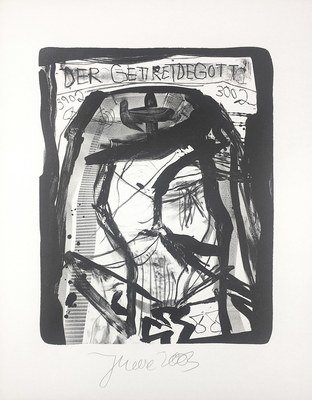 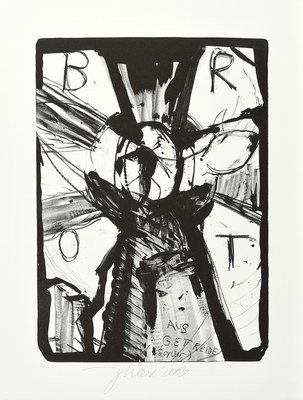 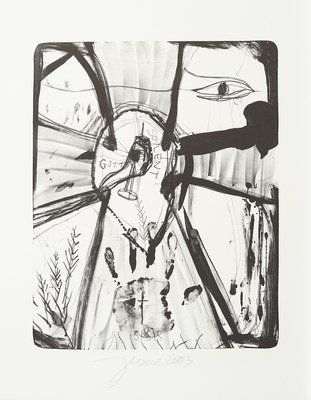 Jonathan Meese’s unconventional personality reflects directly onto his artworks. He works in many different media such as works on paper, painting, sculpture, performance, stage design, installation as well as collage and video.

His drawings are of sketchy technique often representing figurative, absurd or morbid character. His large scale paintings are known for their hasty brush stroke, using high contrast between bright colours and dark areas and lines. This combination transports a unique dynamic that is even more enhanced by adding abstract figurative drawings and writing in capital letters in his works.

Jonathan Meese’s artworks and editions referring to historic figures and events. The artist often combines those with his personal heroes from fiction and myth. Furthermore Meese used symbols from the Third Reich in his artworks, which has caused public uproar.
Even though critics are divided, the combination of his techniques, joined together with his politically and socially critical messages, make Jonathan Meese a very relevant position of German contemporary art. His work has been exhibited in numerous international museums and includes a variety of performances, photographs, films, lectures and installations, artworks and editions.

You want to buy artworks and editions of Jonathan Meese, but you have further questions? We collected detailed information for this purpose.