You would like to be informed about Tony Cragg's new arrivals in advance? Register now for free! 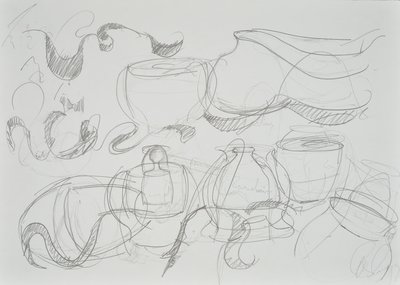 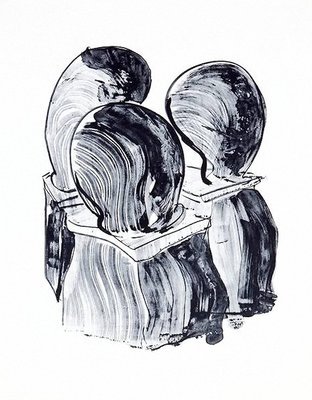 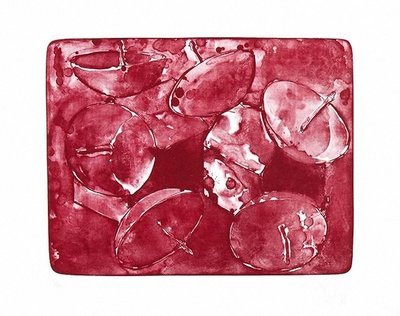 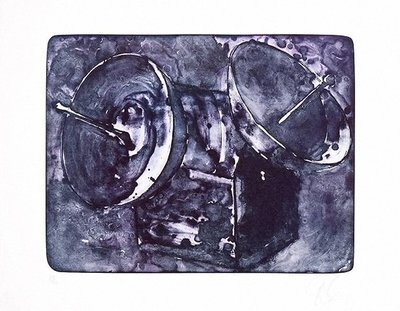 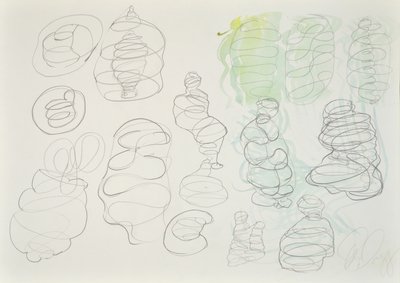 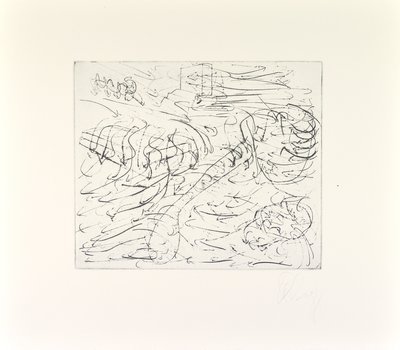 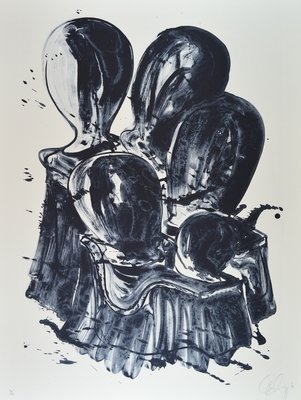 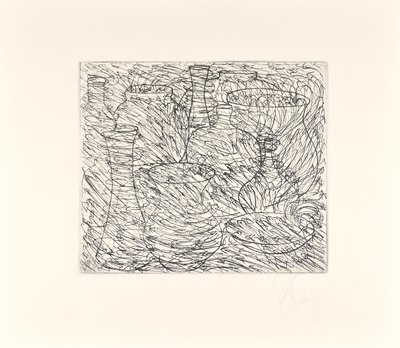 Tony Cragg is mainly known for his unique sculptures, but there are also numerous drawings that enrich his oeuvre. In his art he works with various materials such as wood, plaster, metal, glass and stone and plays with topics such as movement and biomorphic structures.

His art is influenced by his own experience and observations of his own environment and is less focused on art and cultural history aspects. Art movements such as Minimal Art, Land Art, Arte Povera and Conceptual Art influenced Craggs artworks.

Even in his early days as an artist, he tried in the early 1970s different ways to represent sculptures. In his primaryart works he integrated himself in his art. He put various materials on his body and displayed through his body or the objects movements and momentum and captured the entire work with photography. For Cragg it was important to show the merging of man and material. Sometimes he introduced himself in a crouch or with spreading arms lying on the floor.

In his later artworks, Cragg withdrew himself as part of his art and began to deal intensively with structures of materials. He also used industrial products and waste to integrate the events of the day in his art. For example his work 'Stack' from 1980, in which he composed a sort of cube of found materials such as folders, staplers and pillows. Numerous works of different material layers followed. By biomorphic forms and the stacked materials the viewer became able to look inside different objects. The works of Cragg dealt especially with questions such as how matters were to be found in space and how an interaction between these two results.
For Craggs art, dynamics are always a constant collateral. In his artworks, every new sculpture referred to an old one. So all his works are part of a complete work. His first sculpture for the outdoor area was the famous 'Backbone' (Wirbelsäule) from 1996. This stands to this day in the Viersen Sculpture Collection in North Rhine-Westphalia. Cragg bends and alienates forms, so that the viewer while gazing at the sculptures expects an incredible movement.

Cragg manages to place his art in a way, that you somehow have to think about balance and shapes. He transformed characteristics of movements in his sculptures and used for this purpose organic and geometric connection points. According to Cragg, all his sculptures were created by various techniques, however, all works stem from feelings, experiences and emotions of the artist.

His art only works in interaction between artist and matter and draws comprehensively the question of intelligence in matter into space.

You want to buy artworks and editions of Tony Cragg, but you have further questions? We collected detailed information for this purpose.