You would like to be informed about Michael Heizer's new arrivals in advance? Register now for free! 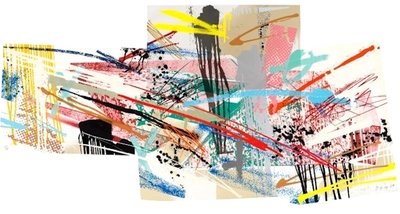 Michael Heizers artworks and editions are counted among land art. The artists explored the natural landscapes and reflected upon them with his in situ artworks. In the early 1970ies he began with his large scale art works in the desert of Nevada, California and Arizona. He is well known for his negative sculptures which were removed from a large rock. The art work allowed visitors to not only see it but also experience it by walking through it. Later on he shifted his focused to urban structures.

You want to buy artworks and editions of Michael Heizer, but you have further questions? We collected detailed information for this purpose.