You would like to be informed about Matthias Weischer's new arrivals in advance? Register now for free! 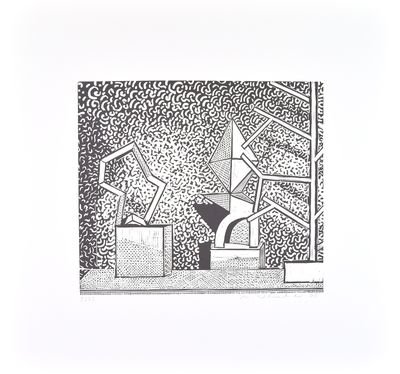 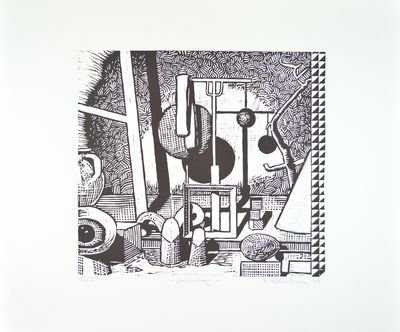 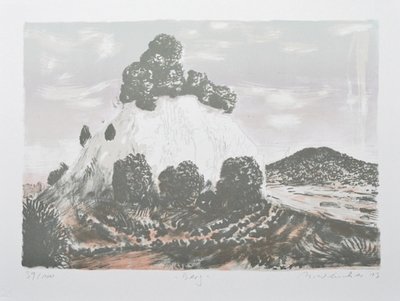 Matthias Weischer is a German painter, illustrator and stage designer. As a student of Sighard Gille he is one of the so-called 'New Leipzig School' like the artist Neo Rauch.

He became known for his paintings about enclosed spaces worldwide. He staged his artworks in spaces that are isolated from the outside world and puts the viewer in a different perspective. Issues such as intimacy, loneliness, staging are considered on the basis of his art.

Matthias Weischer’s art belongs to the modern art. In his paintings he deals with the border between abstract and representational paintings. Until 2007, the focus of Weischer’s work was the interior theme. Almost all of his artworks show different spaces that isolate themselves entirely from the outside world. Without windows, doors and people, they were depicted by Weischer. The paintings showed a room full of intimacy and privacy. Weischer had discovered the theme of interiors for painting again. By means of foreclosed rooms Weischer provoked the viewers to satisfy their human longing and curiosity by allowing them to participate in the privacy and the lives of others. The viewers were enticed to overcome foreign premises and barriers.

Almost all works of Weischer are a kind of spatial design. During prolonged viewing, the stage-like arrangement of the objects creates the impression that the space is uninhabited and stage-managed. The furnishings appear seem like a place holder. It reminds us of installations where everything has been thought out and planned. Weischer illuminated here with his works the fine line between art and reality. This is supported in particular by the way he made his paintings. He uses pastose color frames and numerous lacquer layers, to trigger a unique effect. The items act sculptural and achieve objectivity. Weischer plays with the change of viewing. At first glance the images appear instantly. Because of the light and the shadows, the painting is changing after prolonged observation. They are really strong and clearly separated from each other. The time stands still and the viewer is encouraged to think about time. The viewer is alone with himself and is asked to deal with intimacy and silence. In his works Weischer uses furniture of the 1950s and 1960s (e. g. Fernsehturm, 2004).

Since his stay at the Villa Massimo in Rome 2007 his works changed. Since then Weischer created mostly drawings and made numerous observations of nature. Paper was his new medium which he preferred to work with. In Rome also his expressive Gartenbilder emerged.

You want to buy artworks and editions of Matthias Weischer, but you have further questions? We collected detailed information for this purpose.