You would like to be informed about Neo Rauch's new arrivals in advance? Register now for free! 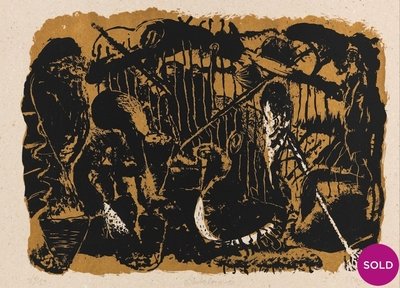 Through the group exhibition ‘Junge Künstler im Bezirk Leipzig’ in Altenburg, Neo Rauch got known to the broad public for the first time. His imagery is characterized by a luminous colourfulness. He embeds his figures that are often of a similar typification in fascinating landscapes. These elements merge to a mysterious, symbolic, and thrilling visual world. His style reminds of socialist realism, but is also influenced by Pop Art and Comic.

Rauchs artworks and editions are strongly linked to Surrealism and often have an effect of being timeless strange. He combines things that do not belong together.

You want to buy artworks and editions of Neo Rauch, but you have further questions? We collected detailed information for this purpose.