You would like to be informed about Corneille's new arrivals in advance? Register now for free! 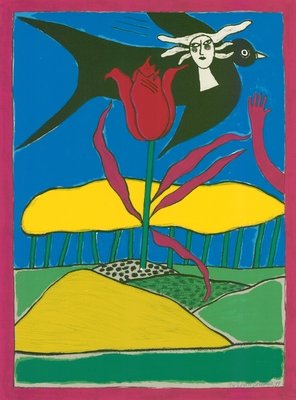 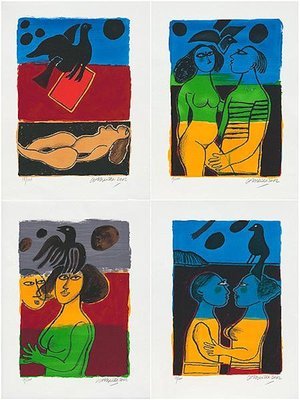 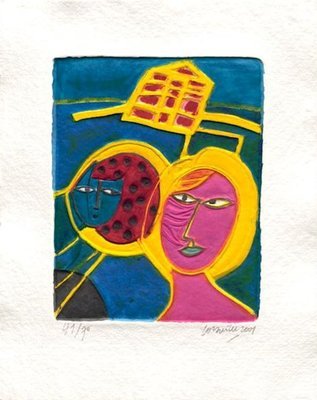 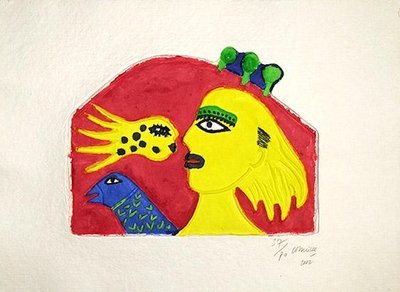 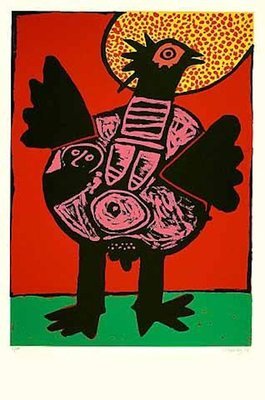 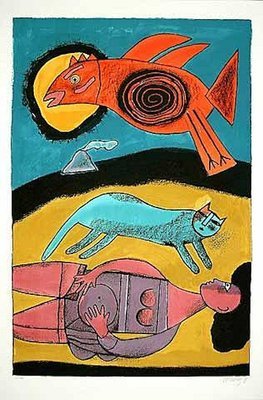 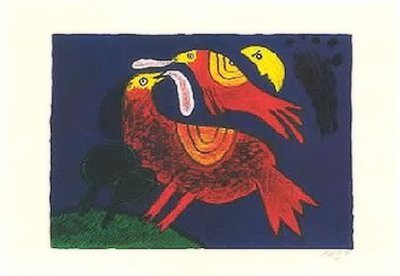 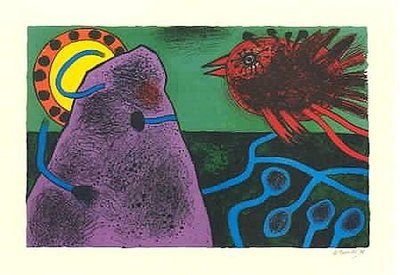 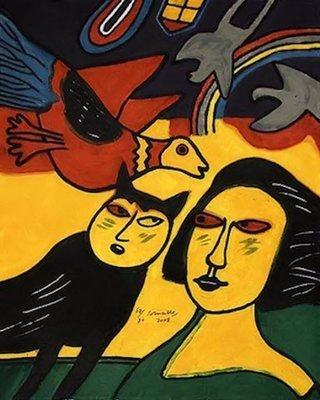 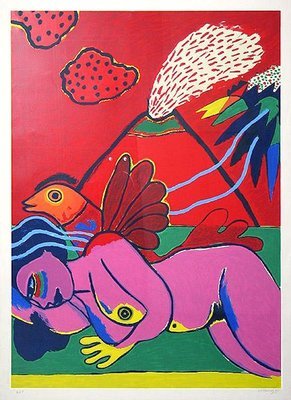 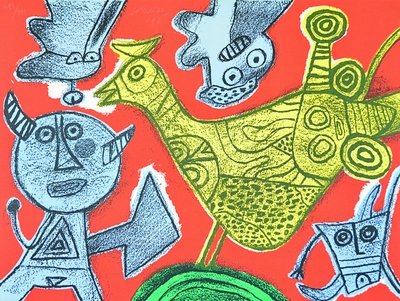 Corneille’s artworks and editions have for many years been strongly influenced by his affiliation with the CoBrA group. The homogeneous color fields and the rudimentary figurative representations lend their high recognition value to his artworks. After the CoBrA group parted Corneille experimented with new techniques using reduced intensity in color. His artworks appear more calm and humble during that phase. He spent a lot of time travelling and reproducing landscapes and imagery he had seen during his journeys. Certain symbols such as birds and palmtrees can be repeatedly found during certain phases of his work. They are interpreted as his way to escape the pressure of industrialization while turning towards a more sensual world.

Most of his works can be found in private collections, however, Corneilles artworks and editions can be seen at Stedelijk Museum Amsterdam and the Museum of CoBrA.

You want to buy artworks and editions of Corneille, but you have further questions? We collected detailed information for this purpose.