You would like to be informed about Walasse Ting's new arrivals in advance? Register now for free! 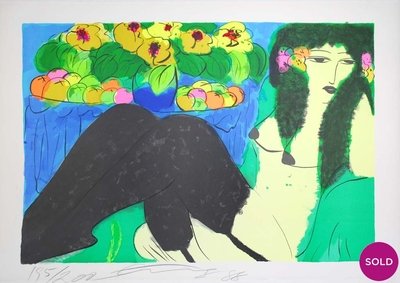 Walasse Ting was a contemporary artist whose artistic development is strongly shaped by his geographic relocation. He first moved from his home country China to Paris, from where he later relocated to New York. This socio-cultural changes had a significant impact on his artistic style. Walasse Ting’s artworks and editions are of an expressive style, which was characterised by figurative statements first and abstract statements later. The influence of avant-garde CoBrA are as clearly visible as the influence of the New York Pop Art movements.

You want to buy artworks and editions of Walasse Ting, but you have further questions? We collected detailed information for this purpose.