You would like to be informed about Günther Uecker's new arrivals in advance? Register now for free! 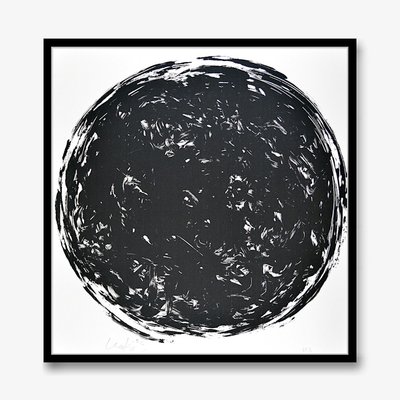 Günther Uecker artworks and editions for sale
Table of contents

Günther Uecker is a German post-war artist with an international reputation. He was a member of the artist group ZERO, which also included Otto Piene and Heinz Mack. Uecker is best known for his relief-like nail paintings whose surfaces create a dynamic interplay of light and shadow. In addition, the painter and object artist deals with kinetic light art, creates sculptures, but also installations, architectural projects or stage sets.

As one of the most important contemporary painters, Uecker's material-oriented art deals not only with political themes but also with the existential aspects of life. At the same time, he explores optical phenomena and deals with repetition and structural sequences in his paintings and works. Today, his works can be seen in the world's major museums, such as the Museum of Modern Art. 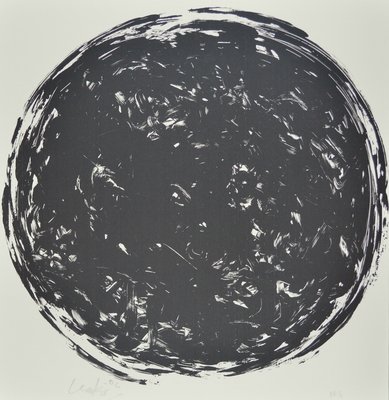 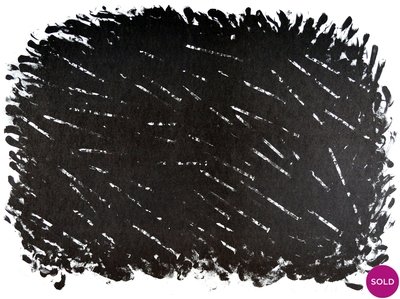 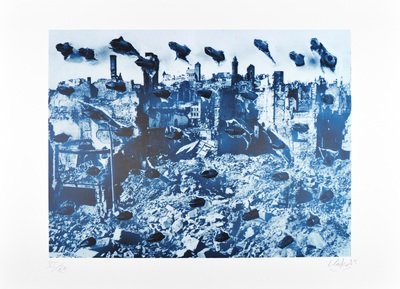 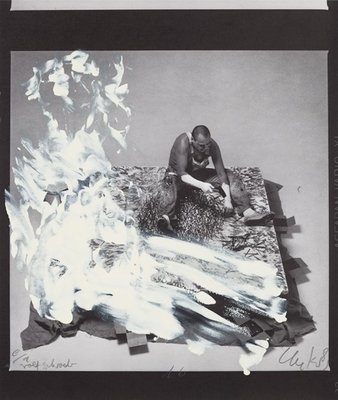 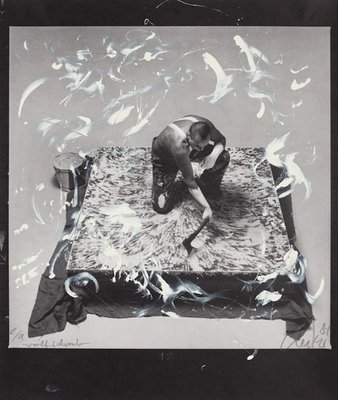 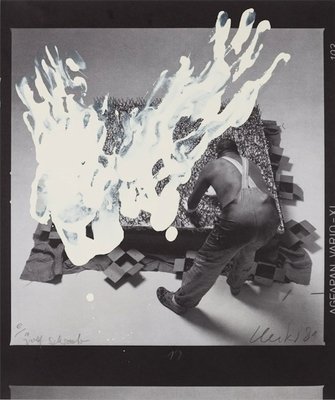 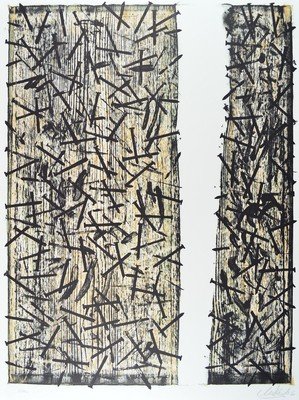 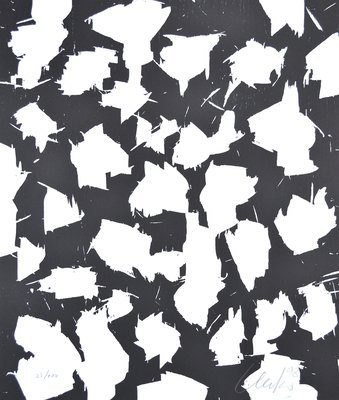 Günther Uecker, the son of a farmer, was born on 13 March 1930 in Wendorf/Mecklenburg. At first, he grew up on the peninsula Wustrow, a landscape that he feels connected to until today. From 1949 on, he completed a traineeship as painter and advertisement artist. Subsequently, in 1953, his wish to study led him to the Hochschule für Angewandte Kunst (University for Applied Art) in Wismar, and, then, to the art school in Weißensee. In Berlin he got in touch with Wassily Kandinsky's abstract art for the first time, which influenced him deeply. In order to escape from the straits of the GDR-doctrine of socialistic literalism, Uecker ensconced himself in West Berlin and got in touch with the local squatting scene. Shortly afterwards, in 1955, Uecker took up studies at the Kunstakademie in Dusseldorf under Otto Pankok, who influenced the young artist with his socialistic and socially committed attitude even apart from his studies. Uecker started with creating figurative as well as abstract woodcuts and finger paintings at the academy. In Dusseldorf, he eventually met Yves Klein in 1957, whose artworks he highly admired.

In the second half of the 1950s, Uecker became artistically independent and developped his own special signature, which manifested through the utilisation of nails as the characteristic design element. One of the most famous artworks of this period is White Field from 1964 which is from the series Fields of Movement and made of painted nails and painted canvas. Uecker succeeded in positioning a field of nails in a way that its surface seemlingly moves in front of the viewers. The changeful playing with light and shadow contributes to the dynamics, whereas the prevalently white background evokes a dematerialised effect.

In 1961, Uecker became a member of the artist group ZERO that was founded by Heinz Mack and Otto Piene. The artists, who already got to know each other through the academy in Dusseldorf in 1957, united an interest in the utilisation of light, optical illusion, possibilities for combination and variation, and an affinity towards technics. Their aim was to establish a new start in art, "a zone of silence and of pure possibilities for a new beginning." A free, liberated art of puristic aesthetics was to replace traditional ideals, which ZERO further manifested in the art of tachism and Art Informel. The term ZEROitself stands for silence, quietness, and a period of transition. The group split already in 1966 - shortly after the joint participation in Documenta 2. Its members' paths have moved too far away from one another both biographically and artistically. Nevertheless, their impact has an effect until today, which was shown by a great ZERO-retrospective at the Martin-Gropius-Bau not long ago in summer 2015.

In the 1960s, Uecker increasingly dealt with light, optical phenomena, and oscillating areas that actively encourage the viewer to participate through manual and motoric interferences. In this way, kinetic light art, so-called Lichtplantagen (Light Plantations) and Sandspiralen (Sand Spirales), takes up a key position in Uecker's oeuvre. Everyday objects covered in nails - primarily furniture, musical instruments, and household items - came up alongside his nail artworks from 1962 onwards. His artworks then increasingly protruded into the room and developed into spacious installations as can be seen at the Salon de Lumière in Amsterdam as well as the Lichtsalons (Lounge of Light) in Krefeld and Frankfurt. Artificial light and electricity are paired with natural material such as sand and water; the interaction of the elements became the linking theme of Uecker's room concepts.

In 1966, Uecker rented a studio in New York and increasingly celebrated international success. During this time, the artist travelled extensively around the whole world, particularly to Africa, Asia and South America. In 1970, he exhibited together with Thomas Lenk, Heinz Mack and Karl-Georg Pfahler at the German pavilion at the Biennale in Venice. In 1974, he was appointed professor at the Kunstakademie in Dusseldorf.

In the sequel, Uecker progressively dedicated himself to concepts for theatre and opera alongside objects and installations, for instance designs for the Bayreuth Festival (1979) or the Wilhelm Tell production at the Rütli meadow. In the 1980s, Uecker's artworks become more and more political, he started to take a stand on ecopolitical and historical issues. He handled the Chernobyl disaster in the cycle of the Aschebilder, other topics that he discussed artistically were the Iraq War and the Holocaust

More and more attention was paid to the world-acclaimed artist at home from the 1980s on and the pioneer's importance for contemporary art was appreciated. So, the artist was awarded the Kaiserring of the city of Gosslar; in 1985, the Order of Merit of the Federal Republic of Germany followed. Public contracts, such as the Andachtsraum (Prayer Room) at the Reichstag building in Berlin that was designed in 1999 belong to Uecker's more recent artworks. In December 2008, Uecker was co-founder of the ZERO Foundation that devoted itself to the research, presentation and preservation of the movement. In 2008 he became a talking point when he exhibit as the first western artist in Iran. In 2015, Uecker was awarded the State Award of North Rhine-Westphalia, the highest honour that the state North Rhine-Westphalia can award. The explanation said: "Günther Uecker has always considered his art to be a contribution for an open and dynamic society".

Today, Uecker lives and works in Dusseldorf and St. Gallen. Additionally, he operates a studio in Berlin. Uecker has got one son, Jacob, who was born in 1986, with his wife Christine. His artworks stand in all important international and German collections, ranging from the Museum of Modern Art in New York to the State Museum Schwerin, his North German home, where an especially big body of work can be viewed.