You would like to be informed about Heinz Mack's new arrivals in advance? Register now for free! 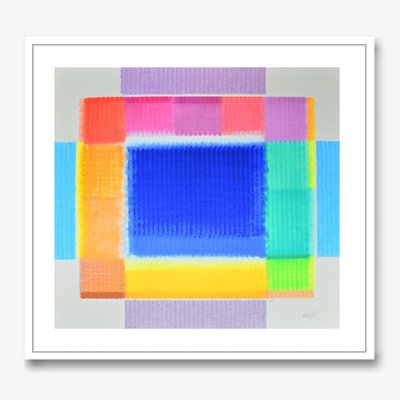 Heinz Mack artworks and editions for sale
Table of contents

The painter and sculptor Heinz Mack is one of the leading representatives of kinetic art in Germany, and, besides Günther Uecker and Otto Piene, co-founder of the group ZERO. Mack acquired great international renown through his experimental light reliefs and installations in the desert that made him one of the co-founders of Land Art.

Heinz Mack's artistic key theme is light, a life's theme that he has been revolving around for 50 years as of now in nonrepresentional sculptures and images. His multifaceted works were presented to the public around the whole world in nearly 300 solo exhibitions and a large number of exhibition participations; his artworks are represented at more than 130 public collections. Today, Heinz Mack is regarded as one of the crucial artists in the context of the renewal of art in Germany after World War II. 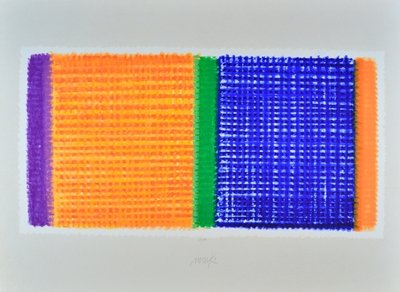 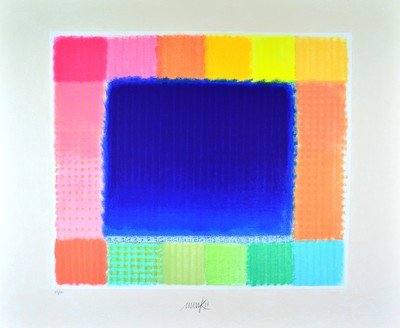 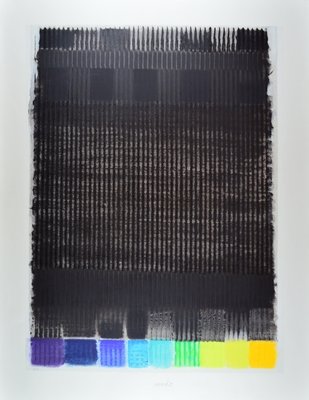 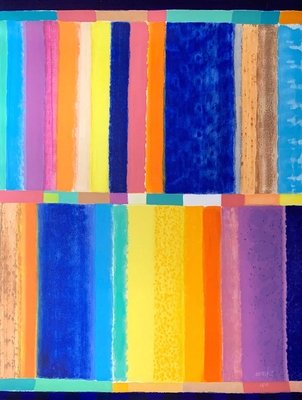 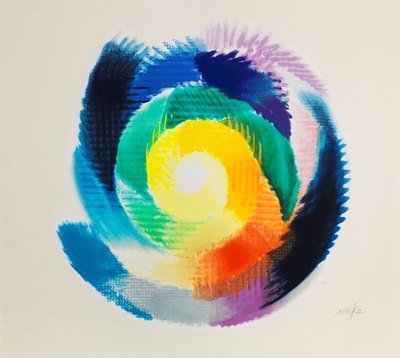 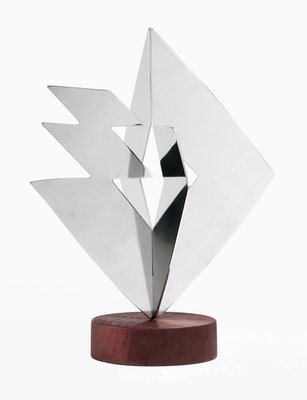 Heinz Mack was born in Lollar, Hesse, on 8 March 1931. Shortly after his birth, the family relocated to Krefeld. At the age of 8, Mack started to occupy himself with photography at his uncle's suggestion. The pictures obtained from his childhood mostly show themes and structures taken from the environment, such as recently ploughed fields, black board fences, disposal of grains of maize or flowers, honeycombs or piano keys. Mack obtained his Abitur, the German general qualification for university entrance, in 1950. He studied at the Staatliche Kunstakademie Dusseldorf from 1950 to 1053, from where he graduated with a state examination in handicrafts and art education. During his studies, he created figurative as well as abstract studies and nudes. Subsequently, he took up his studies in philosophy at the University of Cologne, from where he also graduated with a state examination. Afterwards, Mack initially worked as a teacher in Dusseldorf and Essen, pursuing art in his studio at the same time.

The beginning of ZERO

Mack founded ZERO together with Otto Piene in 1957; Günther Uecker followed in 1961. The three artists wanted nothing less but a new start in art. Light and movement became the key design elements of an art that was to put the German post-war society's traditional understanding of art to an acid test. Audacious and creative experiments and spectacular art events were characteristic for the early work of Mack and his colleagues, who met at the Kunstakademie Dusseldorf. During this early period, the three artists organised joint exhibitions, so-called Abendausstellungen, and published the Catalogue Magazine ZERO Vol. I to III. This phase of his work has been especially crucial for Mack. It led to an intense preoccupation with material, movement and light. During this time, he created painted Dynamische Strukturen (German for dynamic structures) as well as light reliefs and sculptures or kinetic rotors, light stacks, and cubes.

During the late 1950s, Mack travelled to the Sahara which was followed by the important Sahara project from 1959. Renewed stays in Morocco and Algeria inspired Mack to experiment with light in the desert in 1962 and 1963. He installed a Jardin artificiel consisting of sand reliefs, cubes, mirrors, wing reliefs, sails, flags, and monumental light stacks in the deserts of Africa. Mack was particularly interested in the exploration of pure light in environments that remain untouched by humans; light and nature as well as their mutual impact are central for his life. Light as evidence for the thinking and the awareness and the desert as a zone away from civilisation, as pure nature, create a tension between each other that is interesting for the artist.

Mack lived in New York from 1964 until 1966. He participated in documenta II and III in Kassel together with his artist colleagues Uecker and Piene. They exhibited the light room that they designed jointly. During this time, Mack also met Barnett Newman.

Separation from ZERO and own paths

The last joint exhibition in Bonn in 1966 was followed by the separation of ZERO. Mack organised the ZERO-festival at the Rolandseck train station, which was attended by 1000 people celebrating the end of the collective. In the same year, he organised his first solo show in America at the Howard Wise Gallery in New York. There he exhibited the famous Forest of Light that consisted of 20 stacks in which Manhattan was reflected. Mack relocated to Mönchengladbach in 1967, where he maintains his studio and apartment at the Huppertzhof. In the same year, Mack showcased his Farblichtkrone in the German pavilion at the World Exposition in Montreal. Shortly afterwards, he travelled to Djerba in Tunisia. Furthermore, the artist presented artworks from the past 10 years in the so-called Mackazin. The much-debated and lauded film Tele-Mack, in which the artist experimentally explored and documented the energy and power of light, came into being in 1968. During the same year, Mack was appointed a member of the Akademie der Künste von Berlin, to which he belonged until 1992. Mack has been increasingly working in the field of stage design for ballet, opera and play since the late 1960s.

Exhibiting the objects Spiegelplantagen, Wasserskulptur and Feuerwald, Mack took part in the German pavilion at the World Exposition in Osaka, Japan, again in 1970. Furthermore, he realised a 12 metres high light stack in front of the Expo museum. In addition to this, Mack received a teaching position in Osaka. During the same year, Mack represented the Federal Republic together with Thomas Lenk, K.-G. Pfahler and Günther Uecker at the Biennale in Venice.

Mack has been travelling extensively to Arabic and African countries since 1970; these journeys included work stays. From the mid 1970s on, Mack has preferentially turned to artworks in public spheres. In this way, he created a variety of commissioned works for public and private employers which turned Mack into one of the leading artists in this field until today.

The artist married Ute Tietze in 1985. The artist started to maintain a studio on the island Ibiza a few years later.

During the early 1990s, Mack turned to painting again. He created large-format images which he called Chromatische Konstellationen.

Mack was awarded the Bundestverdienstkreuz, the Order of Merit of the Federal Republic of Germany, in appreciation for his achievement and work as ambassador between the cultures in 2004. The Pergamonmuseum also honoured Mack with a great solo exhibition called Transit zwischen Okzident und Orient. Faszination und Inspiration der islamischen Kultur im Werk des Künstlers. During the same year, an extensive show regarding the achievement and work of the group ZERO took place at the Kunstpalast museum in Dusseldorf. The city of Dusseldorf eventually founded the ZERO-Foundation, which supports the retention of the heritage of the artist group as well as the funding for research and exhibitions. In the same year, Mack received the Ehrenring of his hometown Mönchengladbach. The Ludwig-Muesum in Koblenz showcased a solo exhibition called Heinz Mack- Licht der ZERO-Zeit at the same time.

In June 2004, the group of sculptures The Sky Over Nine Columns on the island Giorgio Maggiore in Venice were unveiled: it consisted of nine golden piers that were eight metres high and coated in more than 800,000 tesseras. In the autumn of the same year, a great retrospective was opened at the Solomon R. Guggenheim museum in New York, which was also to be visited in Amsterdam and Berlin in the following year.

Heinz Mack lives and works in Mönchengladbach and on Ibiza.