You would like to be informed about Antonio Saura's new arrivals in advance? Register now for free! 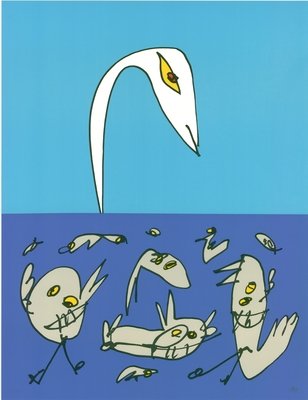 Antonio Saura’s artworks and editions were rather surreal and showed fantastic imagery in the beginning. When moving to Paris he was in touch with many important surrealist artists. It was only during the second half of the nineteenth century that his style changed. From then on he preferred to use a strong brush stroke which allowed him to express himself in the manner of informal art. Among his favorite sujets are female nudes, faces and the crucifixion of Jesus. Next to traditional painting he also engaged in prints, illustrations and stage design.

You want to buy artworks and editions of Antonio Saura, but you have further questions? We collected detailed information for this purpose.