You would like to be informed about Leiko Ikemura's new arrivals in advance? Register now for free! 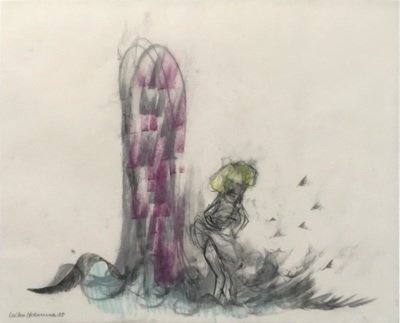 Multi-award winning Leiko Ikemura was born in 1951 in Tsu (Japan) and has been living in Europe since the 1970s. Her art addresses a wide range of themes and media. In addition to sculptures and paintings, the artists also creates prints, watercolours and drawings.

Leiko Ikemura's artworks and editions are characterised by a combination of traditional Japanese culture and European art. The references to Japanese art are evident in her pastel drawings that she fashioned in 2015, and that are reminiscent of Japanese woodcuts. In addition to this synthesis of two cultures, the depiction of man and nature is a common theme in her oeuvre. Her artwork from the 1990s onwards especially focus on the female body in its interaction with cosmic landscapes. The fairytale-like figures appear to float between two worlds and thus represent the floating state of the artist between her Japanese roots and her new European homeland.

The works of the Japanese-Swiss artist are represented in various international collections and are shown in solo and group exhibitions all over the world. Leiko Ikemura currently works and lives in Cologne and Berlin.

You want to buy artworks and editions of Leiko Ikemura, but you have further questions? We collected detailed information for this purpose.