You would like to be informed about Gerhard Hoehme's new arrivals in advance? Register now for free! 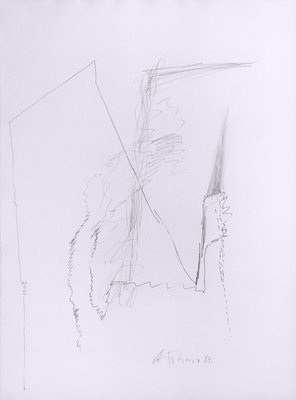 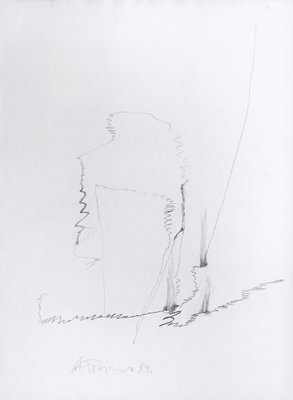 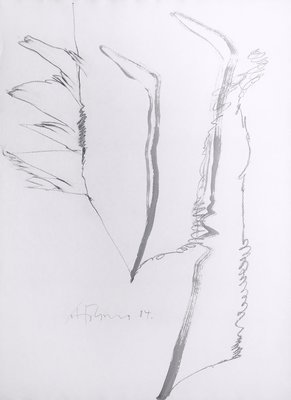 Graphic artist and painter Gerhard Hoehme's artwork and editions had a decisive influence on German art in the post-war years. During his studies at the Düsseldorf Art Academy in 1952, he met the French artist Jean-Pierre Wilhelm, who introduced him to representatives of French Informalism. From then on Hoehme devoted himself to this abstract style in various works. Together with Wilhelm he finally founded ‘Galerie 22’, a place where Informalism artists could meet and exchange ideas. Due to the dynamic and spontaneous composition of his work, these are also categorised as lyrical abstraction, the French model of Informalism.

Within his oeuvre, colour predominantly determines the appearance of his artwork. In this area he goes so far as to break the rectangular shape of the painting, which is actually provided by the canvas. He also uses unusual formats for his artworks, entirely within the meaning of a ‘shaped canvas’. In that way, the shape and surface of the artwork merely serves as the supporting medium of the art’s main protagonist: colour. In later works, the artist repeatedly adds materials such as wood and nylon cords to his compositions. The collage-like pieces thus increasingly detach from their two-dimensional supporting medium and hence create a connection between space, art piece and the viewer.

Hoehme's works can currently be found in various German collections and have been presented in numerous international exhibitions. In 1959, the artist participated in the documenta II in Kassel and was distinguished with the Villa Massimo Award in Rome in 1960.

You want to buy artworks and editions of Gerhard Hoehme, but you have further questions? We collected detailed information for this purpose.