You would like to be informed about Siegfried Anzinger's new arrivals in advance? Register now for free! 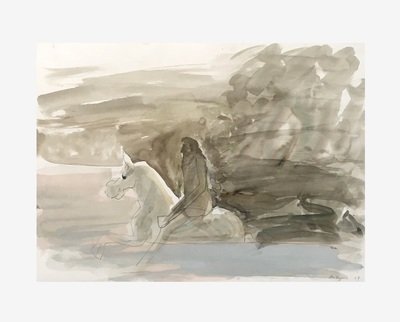 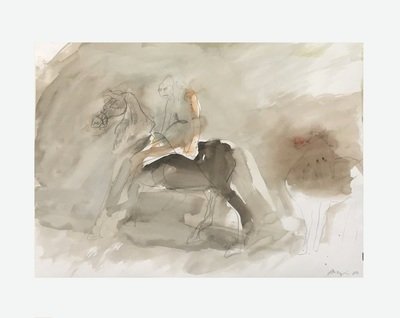 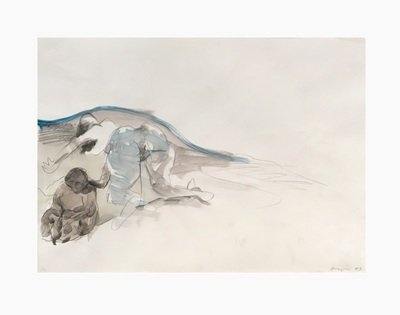 Austrian artist Siegfried Anzinger is best known for his role as the founder of the 'Neue Wilden' (new wild ones) in the art world. The movement that emerged in the 1980s through the merging of young German and Austrian artists gave rise to an upswing in painting in the two countries. Nevertheless, Siegfried Anzinger's artworks and editions are characterised by an individual style that he developed over the years.

The dynamic brush strokes together with the loose and light composition are what make his painted work so captivating. The ‘non finito’ aspect plays a crucial role in the artist’s artworks and editions. His paintings thus often exhibit empty spaces and hence appear like spontaneous sketches. In his works he often deals with subjects borrowed from religion and art history. Yet he changes their actual symbolic content. In addition to the medium of painting, the artist also uses prints and sculptures in his oeuvre.

Anzinger currently lives in Vienna and Cologne. His work is mainly to be found in Austrian and German collections. In 1986, his work won him the renowned Oskar Kokoschka award in Vienna.

You want to buy artworks and editions of Siegfried Anzinger, but you have further questions? We collected detailed information for this purpose.