You would like to be informed about Pierre Alechinsky's new arrivals in advance? Register now for free! 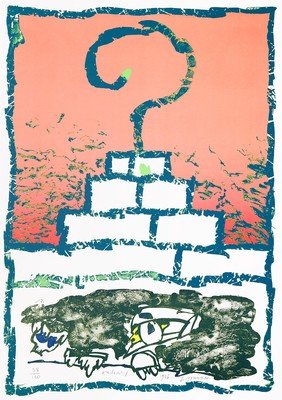 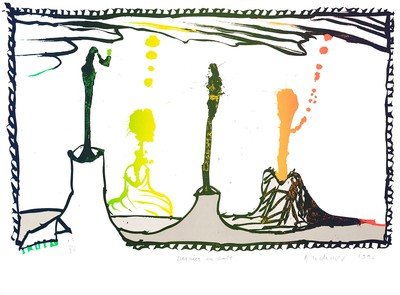 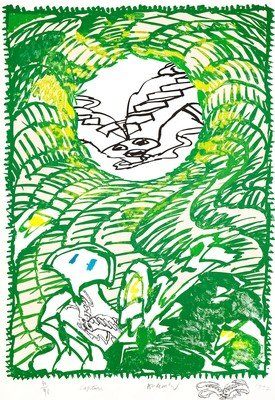 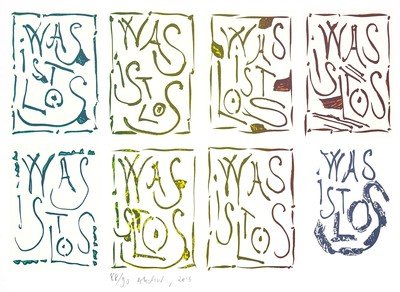 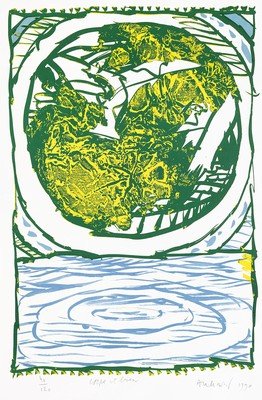 Pierre Alechinsky is a Belgian artist whose oeuvre can be ascribed not only to Tachisme but also to lyrical abstraction and Informalism.

After his time as a ‘CoBrA’ artist (1949-1951), Alechinsky intensively explored traditional Asian calligraphy art. His artworks and editions are characterised by the union of western and eastern elements, which is expressed particularly strikingly in his graphical work that is meant to inspire the viewer to gain new perspectives and interpretations. His artworks often consist of large-format paper sketches that he paints with acrylic paint and Indian ink and then stretches across canvas. His marginal drawings, in particular, so-called ‘remarques marginales’, are a central graphical motif and creative medium of his art. In addition to his graphic oeuvre, Alechinsky also created paintings using oil, sculptures and ceramics. These days, the artist lives and works in Bougivai outside Paris as well as in Labosse.

You want to buy artworks and editions of Pierre Alechinsky, but you have further questions? We collected detailed information for this purpose.