You would like to be informed about George Pusenkoff's new arrivals in advance? Register now for free! 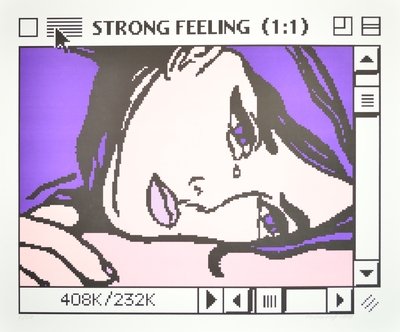 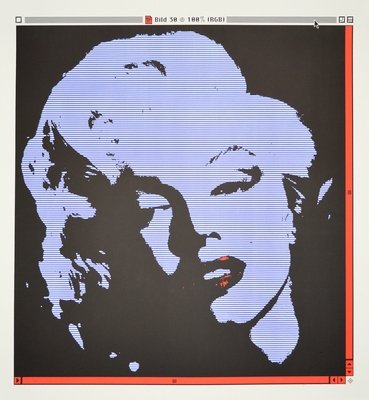 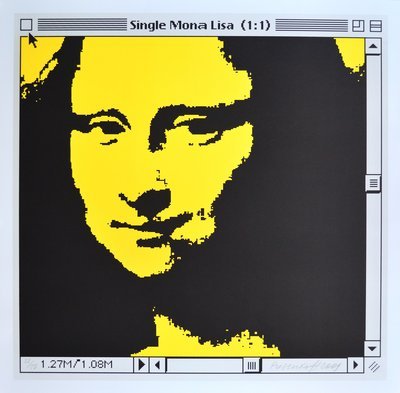 Pusenkoff has taken on a new path with his art. He sees himself as a mediator between the digital and the analogue world. By merging computer technology and existing art he takes the viewer into a new world of painting. Assistive technologies move the old works into the happenings of today.

Pusenkoffs artworks include several paintings, installations, photographs and sculptures. He examined on the basis of his painting, among other things, the existence of human and united an art-historical image fundus with new computer technologies. He describes himself as an intermediary between the analogy and digital world. For Pusenkoff it is really important to deal with issues like development and borders in his art. For him, art is a mirror of the environment. The independent work should draw conclusions about contemporary issues. He wants to find out what is different between the former and the contemporary life.

In 1994 he made his first digital experiments. Some of his artworks and editions show images of famous personalities like Piet Mondrian. Pusenkoff adds these technical elements, thus alienating the already existing pictures which get a new intention. Again, contemporaneity and current affairs were playing a role. In 1998 Pusenkoff worked on a photographic work. He took Andy Warhol’s version of Da Vinci’s Mona Lisa and paraphrased it. He showed it in black and yellow tones and set them in front of various landscape scenes in public and private space. By alienation of one of the most famous works, the viewer was encouraged to pay attention and to scrutinize the procedure and the meaning. Through various landscapes Pusenkoff documented homes, places and above all the concept of time. His first artworks Pusenkoff composed with acrylic paint, later he took other materials such as films to get the color effects that can irritate the viewers’ eye. Pusenkoffs painting process is very lengthy, since it has to apply several coats of paint on the canvas to get the typical effect. He likes to use opposites for the impact of his images. So he tries to oppose painting with photography and thus generates the contrast effect of his art. He also uses invisible tools that can trigger a kind of vibration in the eye of the viewer. Through this energy is produced, which is unique for Pusenkoffs works. Small pixels irritate the eye here and let it shake.

You want to buy artworks and editions of George Pusenkoff, but you have further questions? We collected detailed information for this purpose.