You would like to be informed about Enzo Cucchi's new arrivals in advance? Register now for free! 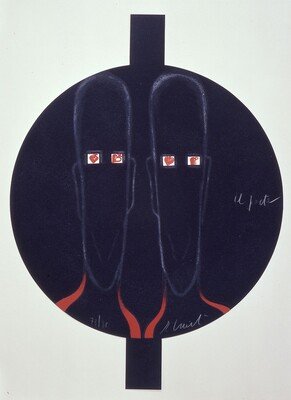 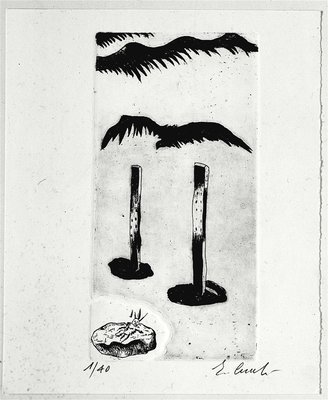 Born in Morro d'Alba, the artist Enzo Cucchi is seen as a self-taught artist and one of the main representatives of the Italian Transavantgarde in the history of art.

The painter and sculptor’s works originated in his collaboration with a Florentine book and picture restorer during his youth. Cucchi acquired various painting techniques on his own in the course of restoration work. Over time he was able to develop his own very classical painting style, reminiscent of early image designs. Cucchi's artworks and editions offer the viewer minimalist compositions that are characterised by the interplay of light and shadow. In addition to figures reminiscent of embryos, his works also repeatedly show skulls. His frequently used motifs in his archaic style of painting include embryos or skulls which, on the one hand point to the origin of life but also to its transience, on the other. In the 1980s Cucchi expanded his oeuvre to include the medium of sculptures.

Enzo Cucchi's artworks and editions can be viewed in the most renowned collections around the world, such as the Museum of Modern Art in New York and the Guggenheim Museum in Bilbao. The artist currently lives and works in Rome as well as Ancona.

You want to buy artworks and editions of Enzo Cucchi, but you have further questions? We collected detailed information for this purpose.