You would like to be informed about Anne Neukamp's new arrivals in advance? Register now for free! 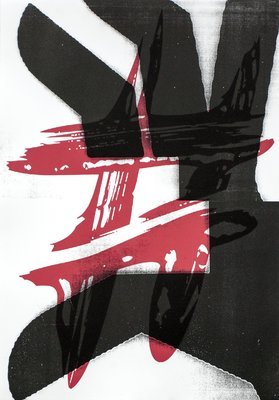 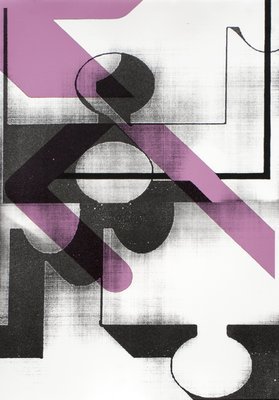 Anne Neukamp is a contemporary artist born in Germany. Neukamp studied at the Academy of Fine Arts in Dresden and at the Kunstakademie Düsseldorf. Today she lives and works in Berlin.

Anne Neukamp's artworks and editions move dynamically between figuration and abstraction. The artist combines simple, organic forms with abstract elements. Her visual vocabulary consists of a repertoire of characters, symbols and elements borrowed from the world of consumption and everyday life: characters of cartoons, pictograms, logos, punctuation marks, clip art or objects such as cans, paperclips or keys are among her artistic source material. These motifs of advertising and visual communication are assigned a certain symbolic, psychological potential or function.

By becoming independent and have been modified by the artist, the motifs lose their original context and their intended meaning: the now abstracted and at the same time familiar forms become layers and superpositions of color planes on the canvas. This artistic process and act of blurring, overpainting or abrasioning is revealed to the beholder. They play with a spatial illusionism emphasize the flatness of the canvas. In this process of fragmentation and alienation, the elements are moved into new and unexpected situations. The results are ambiguous artworks, that initially leave the observer unclear about their origin, reference and perspective of the images. Neukamp's artistic act of manipulation leads to a loss of hierarchy among the pictured elements and run contrary to common reading and consumption of pictures.

You want to buy artworks and editions of Anne Neukamp, but you have further questions? We collected detailed information for this purpose.