You would like to be informed about Olaf Metzel's new arrivals in advance? Register now for free! 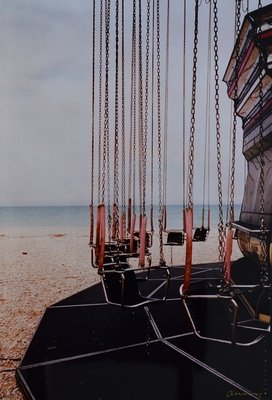 In his sculptures, Olaf Metzel works on current topics and social questions of the contemporary. His figurative sculptures show daily objects as well as items with strong meanings. The enormous enlargement of these objects and the bluntness of his language of form are the formal-aesthetical characteristics of Olaf Metzel’s paintings, artworks and editions. The content level is communicated very directly, which almost always encounters resistance due to socially controversial topics chosen by Olaf Metzel, such as the stature of a female nude named ‚Turkish Delight’. Not only the content-related statements of his art, but also the used materials are regarded as provocation again and again; for example the use of original seats of the Olympia stadium in Berlin that was built for the Olympic Games in 1936 under Hitler. Furthermore, he uses materials that are commonly regarded as rubbish or scrap.

You want to buy artworks and editions of Olaf Metzel, but you have further questions? We collected detailed information for this purpose.